Shift-Reduce Parsing with a Graph-Structured Stack

During my Honours thesis, I was performing natural language parsing (NLP). NLP aims to allow computers to efficiently analyze, understand and even generate natural language.

This ambiguity makes parsing a difficult task as there may be millions of different possible derivations. Whilst there are ways to do this efficiently (with the CKY algorithm being one of the most popular), I had to perform the parsing incrementally. This led me to use shift-reduce (SR) parsing. SR parsing is quite popular amongst programming language parsing as it's quite efficient for unambiguous languages. For ambiguous languages, however, parsing takes worst-case exponential time. With the addition of a relatively unexplored data structure, the Graph-Structured Stack (GSS), this can be reduced down to worst-case polynomial time. 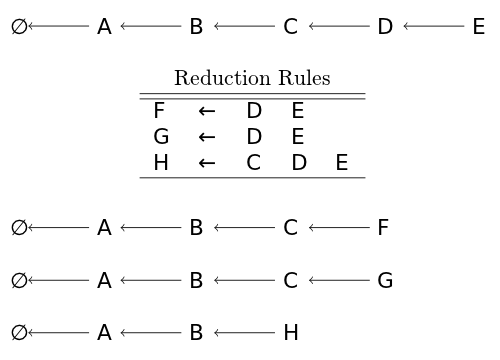 The graph-structured stack is based around three key concepts:

The graph-structured stack makes the reduce operation non-destructive by creating a new head for each possible derivation. Below we can see there are now four heads to the graph structured stack. 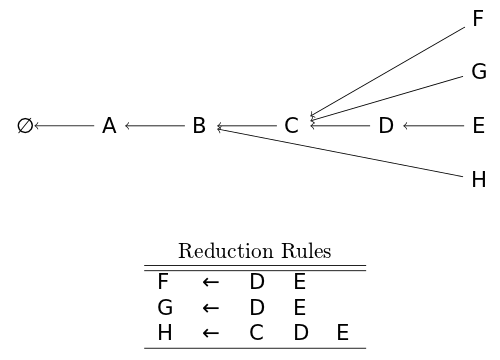 When a new node is shifted, it is combined with each of the heads of the graph-structured stack. This means that only a single shift operation is needed instead of n shift operations where n is the number of possible derivations in the previous step. 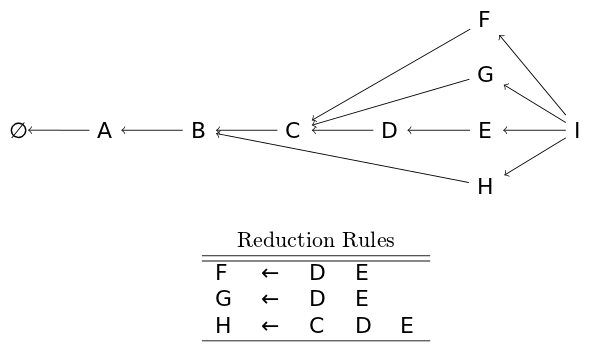 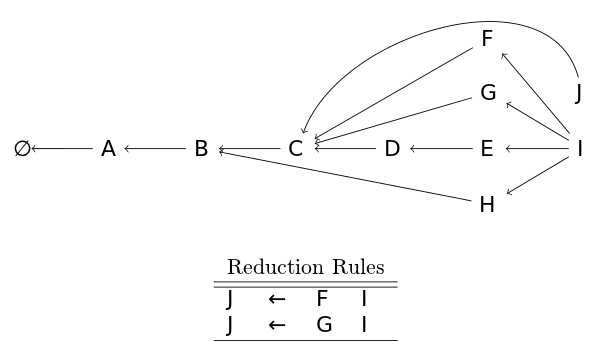